The Bitcoin trading boom has seen traders invest in, deposit with and exchange huge volumes of cryptocurrency. Our guide explains what Bitcoin is and how you can trade Bitcoins. With the Bitcoin exchange rate now quoted among major currencies, market volume is huge and trading it is more accessible than you may first think.

Cryptocurrencies, of which Bitcoin is the best known, are arguably the most significant technology development since the dawn of the internet. Bitcoin was first launched in 2009 and is now, along with a couple of the other of the more widely adopted cryptocurrencies like Ethereum, on the verge of a mainstream breakthrough. If, as currently seems inevitable, adoption does hit tipping point, cryptocurrencies are set to revolutionise financial transactions, the banking system and even the wider economy.

In a clear sign that cryptocurrencies are now taken seriously by the financial establishment, Bitcoin and others can now be traded online in the same way as fiat currencies like the U.S. dollar, British pound and euro. Several big, well known online trading platforms have introduced Bitcoin as a tradable instrument over the past couple of years and more are following. 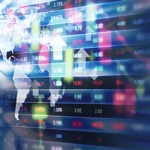 Bitcoin soared to record highs today on news that the Chicago Mercantile Exchange (CME) will create a Bitcoin Futures contract by the end of the year, regulation pending. Price popped above $6400US today, and there’s really nothing to stop it from going higher still. This is bubble behaviour at it peak, but like all bubbles […] 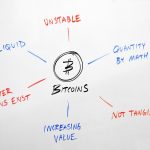 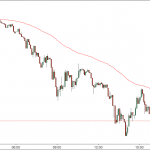 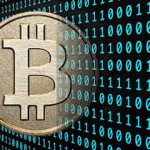 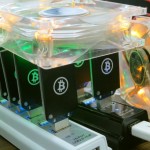 A natural starting point is a brief explanation of what cryptocurrencies are. The currencies we are familiar with and have used on a day-to-day basis throughout most of our lives are called fiat currencies. Fiat currencies are ‘centralised’ in the sense that they are controlled by an issuing central bank, like the Federal Reserve in the case of the U.S. dollar, which issues the currency.

Central banks can, in theory, issue as much ‘new’ fiat currency as they wish. Newly created fiat currency is then injected into the economy through the purchase of government bonds or loans. When transferred electronically between owners, fiat money requires a third party to process that transaction to ensure that the electronic currency is not ‘copied’.

The ability of a central bank to create as much fiat currency as it wishes, which reduces the value of all the currency already in circulation by increasing supply, is viewed by many as an inherent problem. Likewise, the requirement for a third party to process currency transfers between two entities.

Cryptocurrency units are brought into circulation through an intensive computerised process of solving complex puzzles called ‘mining’. When computer processing power solves the crypto-graphed code of a unit of currency it is rewarded to the ‘miner’ and enters the supply in circulation. The pace of mined cryptocurrency units is adjusted through time by increasing the difficulty and amount of processing power required to solve the puzzles which limits supply and maintains relative value.

Another aspect of cryptocurrencies’ decentralised character also eliminates the need for any third parties to process transactions to avoid the risk of ‘copying’ currency. Cryptocurrency ownership and transaction records are built on an electronic ledger system called ‘blockchain’ technology. Blockchain works by every holder of a cryptocurrency unit also holding a copy of the currency’s blockchain ledger.

When any transaction is made and a unit of the cryptocurrency changes ownership that transaction is updated on every copy of the ledger once verified. This means that units of the currency cannot be ‘copied’ like an mp3 file and also means that there is not any one point of weakness allowing security breaches to compromise the integrity of the system. An illegitimate alteration of one ledger will be spotted and reversed.

While all cryptocurrencies operate in much the same way on a technical level, they do have some differentiations that distinguish one from the others. The most significant differential of bitcoin, compared to other cryptocurrencies is that it is the most widely adopted, which history has shown to be key when it comes to any emerging technology format.

More exchanges, merchants, software and hardware support it. It’s adoption head start mean bitcoin is far more liquid than any other cryptocurrency. Many businesses have also now been built around it and many more are in the pipeline. Bitcoin has also proven the security of its system over 8 years, an advantage that means a lot.

While bitcoin is not guaranteed to end up as the core cryptocurrency, or one of a core few, it is certainly currently in the strongest position to achieve this status.

Bitcoin trading works in exactly the same way as trading any fiat currency. When trading bitcoin on a CFD or spread betting platform, the trader does not actually own units of the actual currency. Trading bitcoin doesn’t need to involve any deep technical understanding of how the cryptocurrency works. Traders simply take a position on how they predict its price will move in relation to the few major currencies brokers pair it with as a tradable instrument. The most common bitcoin currency pair is, predictably, BTC (bitcoin)/USD(U.S. dollar).

Brokers who offer bitcoin trading base their prices on the underlying market made available to them by the major exchanges and market-makers with which they trade. Some brokers are even now allowing traders to use bitcoin as their account’s base currency as an alternative to their local fiat currency.

There are several reasons why bitcoin is an attractive instrument to trade. The first is that its decentralised quality means that unlike fiat currency trading there are no ‘market hours’ and bitcoin can also be traded 24/7. This is particularly attractive for non-professional traders who have day jobs and limited time to follow markets and take trading positions during the working week.

High volatility is another reason why bitcoin is popular with traders. As the market matures, bitcoin’s volatility would be expected to drop to something more akin to that of established fiat currencies. However, at least for now daily movement ranges of up to 3% are commonplace.

Double digit moves during particularly volatile periods are also not uncommon, meaning traders can potentially make much larger profits on bitcoin than with other tradable currencies. The flipside of this is of course that big losses can also be potentially sustained if a trader is wrong.

Non-correlation with other financial markets is another plus for bitcoin as a tradable instrument. Because it is not connected to any one local economy its value is not impacted by the same geo-political and localised economic events. This makes it a good hedge against other positions traded.

The other disadvantage to trading bitcoin is that its price movements result from different factors than those which impact fiat currency fluctuations. Bitcoin’s value is mainly impacted by events and news related to its rate of adoption and security so traders have to learn anew where to look for relevant information and how it influences price trends.

How To Invest in Bitcoin

There is now a significant degree of choice when it comes to where to trade bitcoin. As recently as six months to a year ago options were limited and mainly smaller brokers offered bitcoin/fiat pairs as a tradable CFD as a niche product. Now most of the big established brokers have also introduced bitcoin pairs, opening up the market. For those who already have a CFDs or spread betting trading account, there is a good chance your broker now offers bitcoin trading and if not will likely do so in the near future.

Investors have a choice of trading options;

As mentioned, brokers are now racing to be at the head of the queue for cryptocurrency traders. There are now brands that will accept deposits in Bitcoin. So a trader can fund their account, trade in a full range of assets in the usual way, and be paid in Bitcoin too.

One established, regulated brand offering this service is eToro. They led the way in allowing retail investors to access crypto, and are doing so again in allowing traders to fund accounts this way too:

Another options is BinaryCent. This is a new brand, offering binary options only. At present, they are unregulated, but do accept bitcoin as a deposit method.